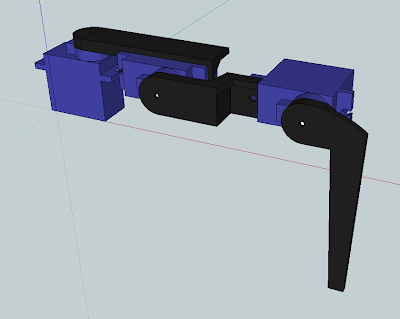 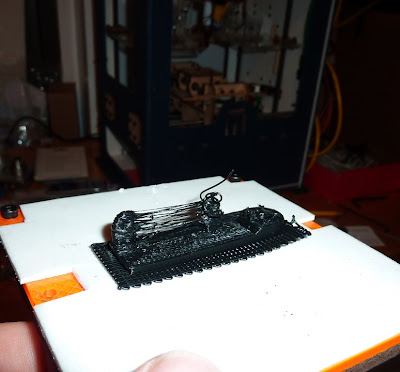 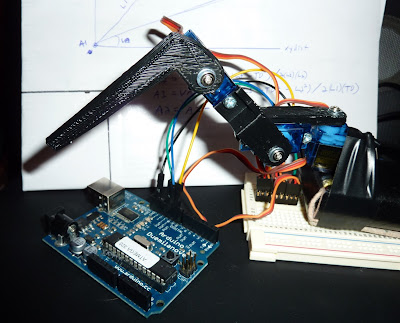 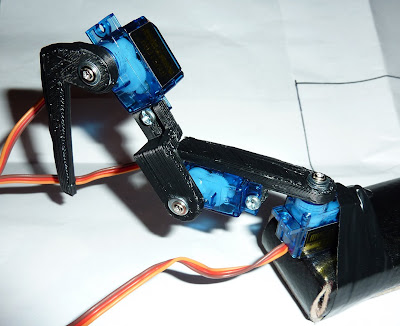 You can programing gui in pygtk or enlightenment (elementary).

Im programming guis in enlightenment (python-elementary) this days, and its really nice. You have no limits in your gui, its a bit similar to html+css concept.

a few tips: if your objects are mirrored, one of your steppers may be plugged in backwards. open the control panel and move the X or Y axis. You're controlling the head movement, so the platforms should move the opposite direction (X+ moves platform X-, etc)

also, you should check out openscad. parametric modeling for objects!

khiraly, I'm familiar with the Enlightenment window manager, but I hadn't heard of Elementary before. I'll have to look into that.

Zach, I have looked at OpenSCAD. I really like the concept, and I plan to use it for something in the future.

I didn't use it for this, because I wasn't really sure what I was building. My design process was basically to create models for the motors, then move them around and draw in various connecting boxes until something looked about right. For this, it seemed like an editor with GUI editing was better suited.

very cool. It seems like there are very little example of makerbots for building robot parts.

That program looks great, is there a copy of it publicly available? i was thinking of starting a similar program myself.

christofer, you can find the program I wrote for this here: http://dl.dropbox.com/u/2944159/ServoTest.zip

This is a VS 2008 project. I just opened it with C# 2010 Express, and it seemed to convert OK, but I don't have anything hooked up to test it right now.

Please keep in mind that this program was meant as a once-off experiment. It is not made to be general purpose, and is just hacked together rather than designed properly. I don't know how much help it will be with your own project, but you're welcome to take whatever information you can from it.